Please join us this week, Friday, February 3rd at 3 pm. in the Hatfield Room for our second Faculty Colloquium of this semester. Treats will be provided.

Through the analysis of maps and written narratives I will demonstrate how the Atacama Desert of South America was discovered, and then re-discovered, over nearly five centuries in a series of sequential phases. From about 1530 to 1700, “Atacama” designated a remote but strategic political province whose lack of population rather than desert climate was emphasized. After about 1700, however, the Atacama began to be identified as an arid region as a result of increasingly scientific mapping and exploration. In this transitional phase, the Atacama was part of a broader pattern in which the political mapping of empires was gradually supplemented by thematic physical or scientific mapmaking. In the third stage, which began in the mid-1830s, the Atacama Desert became linked to increasingly strong nationalist impulses and the rapidly growing power of international corporate developments in transportation and mineral extraction. In the fourth and current stage, which began about 1945, the Atacama began to be promoted and marketed as the quintessential desert worth experiencing for its uniqueness — something early explorers would have found incomprehensible. Past, present, and future, the Atacama reveals much about how places are discovered, and then re-discovered, through time. 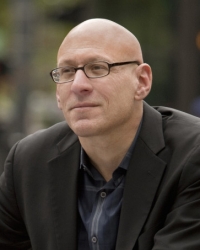 Please join us for the first event of the Spring 2017 Hallie Ford Literary Series, a reading by acclaimed essayist David Shields on Thursday, February 2, at 7:30 p.m. The event takes place in the Hatfield Room of Willamette’s Hatfield Library and is free and open to the public. Books will be for sale courtesy of the Willamette Store.

David Shields is the internationally bestselling author of twenty books, including Reality Hunger: A Manifesto (named one of the best books of 2010 by more than thirty publications), The Thing About Life Is That One Day You’ll Be Dead (New York Times bestseller), and Black Planet (finalist for the National Book Critics Circle Award). Just published is War Is Beautiful (powerHouse, November 2015), a critical examination of war photography in the New York Times. His newest book, Other People: Takes & Mistakes, is forthcoming from Knopf in February 2017. The recipient of Guggenheim and NEA fellowships, Shields has published essays and stories in the New York Times Magazine, Harper’s, Esquire, Yale Review, Village Voice, Salon, Slate, McSweeney’s, and Believer. His work has been translated into twenty languages.

In his review of Reality Hunger in the New York Times,  Luc Sante calls Shields “a benevolent and broad-minded revolutionary, urging a hundred flowers to bloom, toppling only the outmoded and corrupt institutions. His book may not presage sweeping changes in the immediate future, but it probably heralds what will be the dominant modes in years and decades to come.” 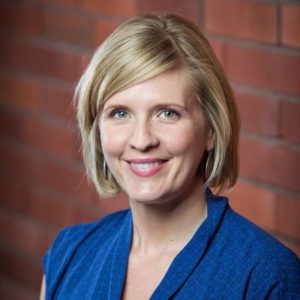 Please join us this week, Friday, January 27th at 3 pm. in the Hatfield Room for our first Faculty Colloquium of this semester. Treats will be provided.

The name, the face, and the story of Emmett Till, the black teenager who was lynched in 1955 for allegedly whistling at a white woman, are reemerging in America’s collective consciousness. This presentation will consider how the figure of Till figures within contemporary verbal and visual media. I will examine popular newspaper and magazine articles, as well as widely-circulated memes, explicating their implicit social knowledge premises in relation to three audience groups. For contemporary activists, establishing connections between Till, the mid-twentieth century Black Freedom Movement, and America’s current racial climate offers direction to a nascent movement. For experientially external yet sympathetic audiences, evoking the Till tragedy provides form and substance to the abstract condition of mourning endured by blacks in America. For those external and previously disinterested audiences, memes visually linking Till to the contemporary deaths of unarmed black youth create dialectical tensions which hold the affective capacity to stimulate an acknowledgment of how post-racial inaction perpetuates entrenched patterns of injustice.

The Hatfield Library is now providing extended hours for final exams. Also, don’t forget about the free cookies and coffee provided by the library…usually the cookies are made available after 10 p.m. starting on Sunday, Dec. 11th until they run out.

These are the hours for the end of the term:

Winter break begins on Monday, Dec. 18. During the break, the library will be open Monday-Friday from 8 a.m. to 5 p.m. and closed on the weekends. Also, the library (and the rest of campus) will be closed from Dec. 22 through Jan. 2. Regular hours resume on Jan. 16.

Please join us this week, Friday, December 9th at 3 pm. in the Library Instruction Room for final Faculty Colloquium of this semester. (Rescheduled from original date of November 11th.) Treats will be provided.

Title: Race, Religion, and the Magic of Secularism in Antebellum America

Come meet the Fakir of Ava, the unrivaled magician and necromancer who will perform scientific illustrations showing through practical experiments the impositions of the Pagan Priesthood ancient and modern! Taking as my example the magician the Fakir of Ava, this talk examines the mid-19th century spectacle of stage-magic performances as a mode of popular secularism in the United States. If we understand secularism not simply as an inevitable political project but what John Modern calls a “conceptual environment” that makes the category religion a self-evident way of dividing up the world, this paper examines one mode through which the religious and the not-religious were naturalized for Americans. Taking religion and race as defined together, I will also analyze the ways in which popular secularism created particular racial-religious hierarchies that drew on and connected Americas to broader trends in colonial knowledge production across the globe. Prepare to be Amazed (or at least educated)! 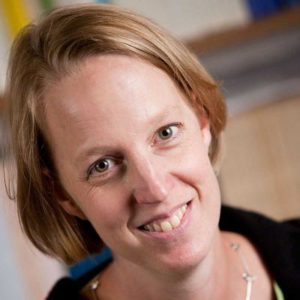 Sarah Clovis Bishop, Associate Professor of Russian, will talk at this Friday’s Faculty Colloquium on Performing the Poet: Elena Shvarts’s “The Visible Side of Life.” Dec. 2nd @ 3 pm. in the Hatfield Room. Treats will be provided.

In 2010, director Boris Pavlovich and actress Yana Savitskaya created and staged The Visible Side of Life, a one-woman show based on the prose and poetry of Elena Shvarts (1948-2010), a central figure in late Soviet and post-Soviet Russian literature. Then based in Kirov, Russia at the “Theater on Spasskaya,” Savitskaya and Pavlovich had been exploring Shvarts’s verse for over a year, delving into her autobiographical prose to understand it more fully. Just as they were ready to approach the poet about their work, they learned of her death. They abandoned their poetic etudes and turned instead to a dramatic work in which they imagined the last hours of the poet’s life. Pavlovich has described it as a “quasi-biography”; an image of “our Elena Shvarts whom we failed to meet.”

The performance has since traveled to St. Petersburg, Shvarts’s home, and is now part of the repertory at the Bolshoi Drama Theater (BDT). Most recently, the show received its American premiere at Princeton, Harvard, and right here at Willamette. I will discuss the performance in its various incarnations, highlighting the many boundaries that it tests–between reality and fantasy; the visible and invisible; prose and poetry; performer and audience.

All are invited to attend this talk. We look forward to seeing you there.

The Hatfield Library has special hours during Thanksgiving break.

Please join us this week, Friday, November 18th at 3 pm. in the 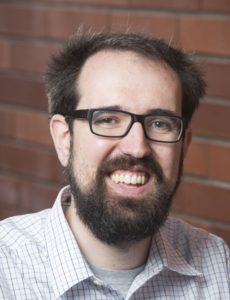 Hatfield Room for our ninth Faculty Colloquium of this semester.  Treats will be provided.

Oregon’s political history has traditionally been summed up by a self-confident, even triumphal, phrase: “The Oregon Story”.  In the narrative expounded by proponents of The Oregon Story, visionary political leaders—particularly Governors Tom McCall and Robert Straub—and a variety of like-minded grassroots politicians and activists saved post-World War II Oregon from the urban decay and environmental degradation that plagued many other states.  My work argues, by contrast, that the real Oregon story had less to do with innovations within the state, and more to do with the state’s relationship to the world.  By refocusing Oregon’s political history on elected officials who were active in international affairs, and by analyzing patterns of defense spending, trade, and immigration, this project encourages us to reconceive the Oregon story beyond state—and even national—boundaries.  I contend that after World War II, Oregon became not only a more livable state thanks to McCall and Straub, but, perhaps surprisingly, a more economically and culturally diverse place, thanks to a new focus by its civic, business, and community leaders on the ways it is interconnected with the globe.

The Hatfield Library, The Willamette Store and the Bistro are seeking donations of new or slightly used children’s books to be donated to Swegle Elementary School‘s library. We also encourage you to donate hats, gloves and scarves for students at Swegle.

The last day to donate is Tuesday, December 20. Items can be dropped off at The Willamette Store, Hatfield Library, Bistro or Sparks Athletic Center.

If you have any questions, please do not hesitate to ask. Attached is an image of the poster for distribution on social media.

Thank you for your support! 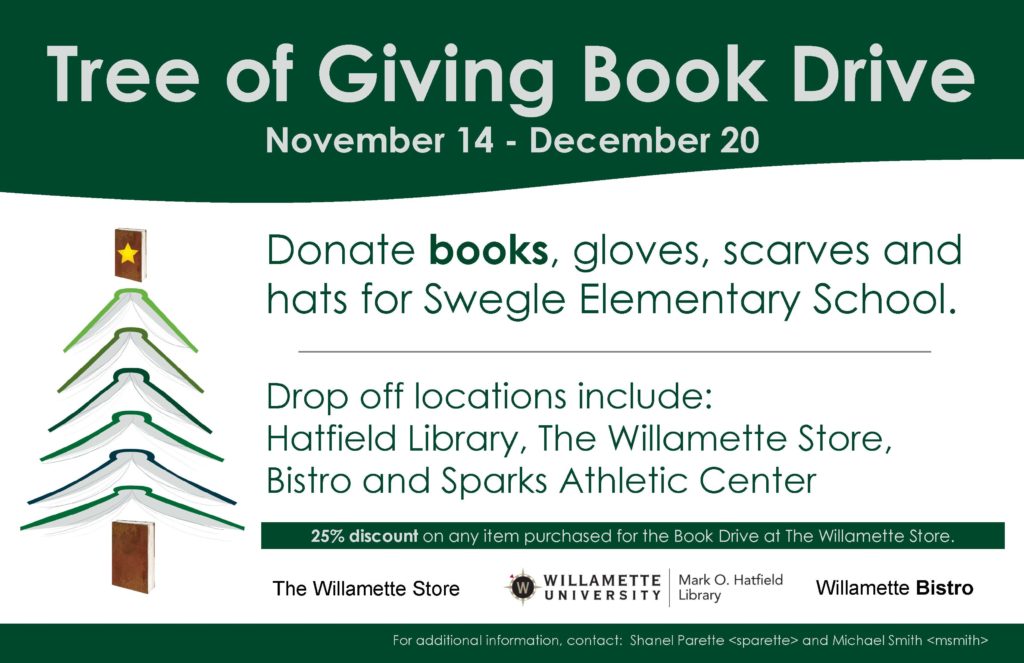 Thank you for your support of the 2016 Tree of Giving Book Drive sponsored by the Mark O. Hatfield Library, the Willamette Store and the Bistro. We collected 171 books, 20 pairs of gloves, 6 scarves and 4 hats. The books will be added to Swegle Elementary School’s library and the gloves, scarves and hats will be distributed by the employees and teachers to students in need.

Again, thank you for your continued support and we look forward to the 2017 book drive. 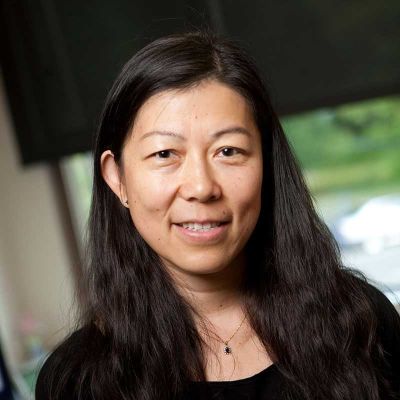 Please join us tomorrow, Friday, November 4th at 3 pm. in the Hatfield Room for our seventh Faculty Colloquium of this semester.  Treats will be provided.

Computational Science and Engineering combines theory and experiments for scientific discovery. It is interdisciplinary in nature, requiring subject knowledge in 1) applied discipline, 2) mathematics and 3) computer science. With the evolutionary extension of statistics capable of dealing with the massive amount of data produced today, data science has becoming the new trend, and it helped scientific discovery extending from natural science to humanities and social sciences.

In this talk, I will report how the amount of available observational data has changed and inspired my research. I will report two of my sabbatical projects that involving hands-on data science. The first one is my experience participating a Datathon (an intensive programming competition) at a computational social science conference; using social media data to answer U.S. election related questions. The second one is my experience participating a one-week workshop, using real criminal data to infer networks for predictive policing.

Finally, I will talk about the basics in doing data science and introduce commonly used tools.