Last year a collection of rare books from the vault of the Hatfield Library was the subject of a course called Digital Humanities Workshop: Voyages of Discovery in the Vault. These books were first or early editions of 18th and 19th-century books about the discovery and exploration of the Pacific Northwest. The exploits of Vitus Bering, Captain James Cook, George Vancouver, Lewis & Clark, and others were described in these books, often by the explorers themselves. Many of these books have also been digitized in various online collections, such as the Internet Archive, Google Books, HathiTrust Digital Library, the Biodiversity Heritage Library, and more sites.

As the class worked with these digital versions, they soon learned the differing qualities of digitization in the various collections. Students used digital collections, as well as their own photographs of the actual rare books from the vault, to create online exhibits based on these works. Most digitized sources were fine for this purpose, but some of the digitized works were created from poorly photographed microfilm. Here is an example that shows the worst features of digitized microfilm, uneven page layout, etc. This map at the end of the book is unreadable and broken up over several pages. 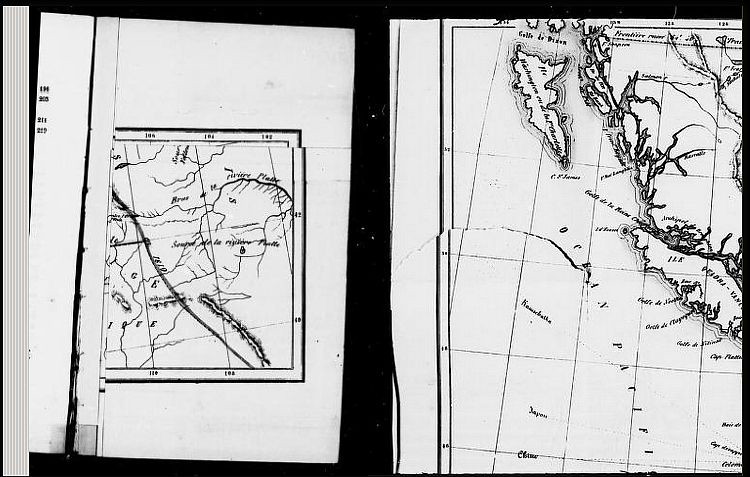 Luckily the Hatfield Library owned the print copies of these books, and we were able to create superior digital scans of some of them. The maps included in many of these books were central to the focus of the course, so we were able to request that the library’s digital production lab create high-resolution scans of our original print copy of this book from 1846. 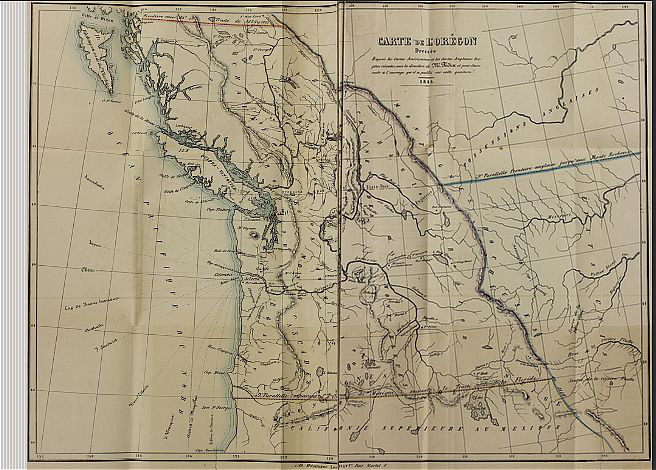 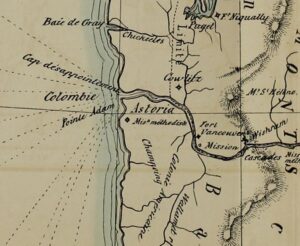 Now the entire map can be viewed at a glance. A wonderful bonus to this new scan is the ability to capture details of each half of the map by right-clicking with your mouse to “View Image”. Doing this will open the high-resolution tiff (Tagged Image File Format) file of that page. Here is a small detail from the left page of the map showing the author’s vision of the Mouth of the Columbia River being a focal point for all international commerce coming to the Oregon Territory in the 1850’s. 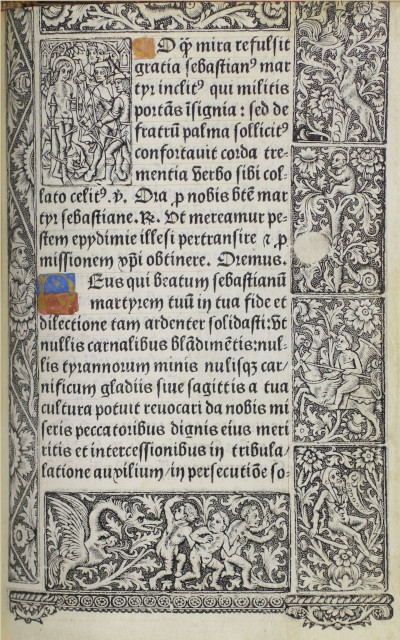 Another treasure from our vault that was recently scanned in high resolution was a printed book of hours from 1502. Only the Bibliothèque national de France (the National Library of France) and Willamette University own copies of this edition of a Book of Hours printed by Philippe Pigouchet for Simon Vostre, a Parisian publisher.
Books of Hours are prayer books developed for the use of the laity in their private devotions.  They were the bestsellers of the Middle Ages, often adorned with hand-painted illustrations, called illuminations, and printed on vellum, like our own manuscript copy entitled Praecis Piae (Pious Prayers).  Printed Books of Hours included numerous woodblock illustrations in order to compete with illuminated manuscript versions.  Our printed book of hours is resplendent with various kinds of images – on each page!  On this page, showing and describing the suffering of St. Sebastian, the text is surrounded by woodcuts of symbolic animals and grotesques.

A recent graduate in Art History, Kendall Matthews, wrote her senior thesis about the woodblock prints of grotesques that she found in our printed book of hours. Entitled “Grotesques Outside the Margins: A Study of the Cultural Influences of Marginalia and Grotesques Through Heures de Simone Vostre a l’usage de Langres,” her thesis explored the deeper symbolic meanings of a selection of grotesque images from this book, as she demonstrated in this image from her thesis presentation video. (Used with permission of the author). 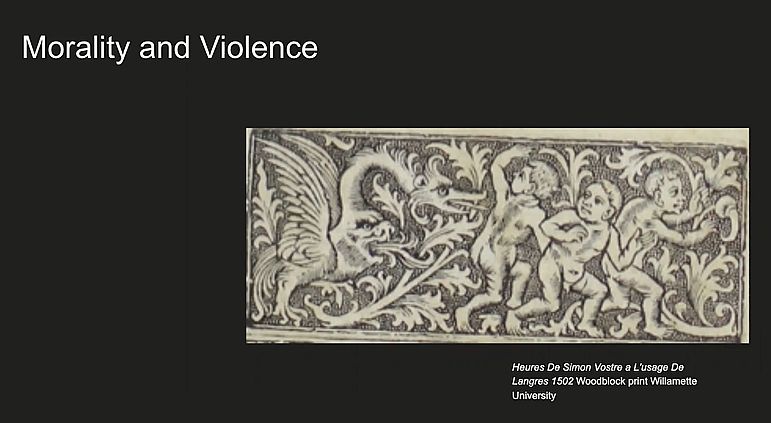 Thanks to the work of the Library’s Digital Production Lab, rare books from the vault are getting a new life in digital form, providing students and scholars from around the world with amazing access to the finer details of these works.