Please join us on Friday, September 27th, at 3 p.m. in the Carnegie Building for our third Faculty Colloquium of this semester. 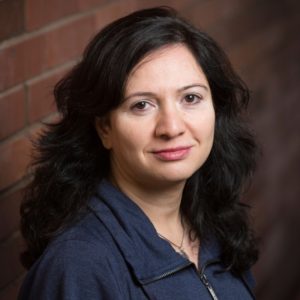 Abstract: Iranian non-Muslim communities are instances of Fredrik Barth’s ethnic groups (10-11). They live in separate geographic communities, have their own languages, were forced to follow specific dress codes, and created a community of ‘us’ in comparison to the Muslim ‘them’. At the same time, the boundaries between these groups were blurred and negotiable. Group boundaries could be crossed by interfaith marriages, economic interactions, or notably religious conversions.

Apart from religious spiritual motivations, some individuals converted to other religions, voluntarily or by force, for economic, cultural, or political reasons. However, this was not a simple transition from one religious community to another. The converts normally kept their previous rituals, family ties, and languages; but were banned from their former community’s institutions. On the other hand, in the new group, they were welcomed and awarded with certain privileges; but could not completely integrate. For example, titles such as ‘Jewish-Baha’is’—for those Jews converting to the Baha’i Faith—indicated the Jewish community could not totally let their former members leave. At the same time, this could also indicate that the Baha’i community might not have let them totally integrate. They might change their religion but were still Jews by blood. Labels like ‘Jadid al-Islam’, or ‘New Muslim’ for converts to Islam differentiated them from the ‘old’ or ‘original’ Muslims.

This paper studies Iranian non-Muslim conversions to Islam or other faiths, during the mid 19th and early 20th centuries, as a means of social mobilization. It addresses the topic in two main ways: discussing the reasons one might convert voluntarily or by force; and the ways each community treated its dissidents or new members. Employing “social identity theory” (Tajfel and Turner 7-20), the article argues that converts did not lose their old religious affiliation by gaining a new one; instead, they lived with fluid multiple identities in Iranian society.

Note: There will also be a special TGIF reception following the lecture that will be open to faculty from all schools. This is the first TGIF event this semester with Colloquium speakers from across the University. These opportunities for cross-University gathering and conversation are sponsored by the Office of the Provost and Senior Vice President.