The Mark Sponenburgh papers have been processed and are open for researchers. This collection contains materials related to Sponenburgh’s careers as an artist, educator, and scholar. Examples of these materials include photographs, drawings, slides of sculpture by Sponenburgh and other artists, correspondence, exhibition fliers and pamphlets, academic journals, newspaper articles, newsletters and honors regarding the Monuments Men, documents concerning the creation of the Hogue-Sponenburgh collection at the Hallie Ford Museum of Art, syllabi and notes for courses taught by Sponenburgh, documents concerning the National College of Arts in Lahore, Pakistan, and designs and proposals for public sculptures created by Sponenburgh. 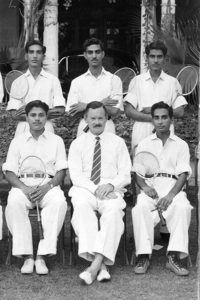 Mark Ritter Sponenburgh was born on June 15, 1918, in Cadillac, Michigan. He studied sculpture at the Cranbrook Academy of Art in Bloomfield Hills, Michigan from 1939 to 1940 and Wayne University in Detroit, Michigan from 1940 to 1941. In 1942 Sponenburgh enlisted in the United States’ Army. His unit participated in the D-Day landings at Normandy, and advanced through France, Holland, Belgium, and the Rhineland during World War II. In June 1945 Sponenburgh requested to transfer to the Monuments, Fine Arts, and Archive (MFAA) division. As a member of the Monuments Men, Sponenburgh assisted in operations to transfer the items to the Munich Central Collecting Point for sorting, cataloguing, and eventual restitution.

After the end of his military service, Sponenburgh continued his graduate studies at the Ecôle des Beaux Arts in Paris, France. In 1946 he moved to Eugene, Oregon for a faculty position in Architecture and Allied Arts at the University of Oregon. In 1951 Sponenburgh traveled to Egypt as a Fulbright Scholar at the American Research Center in Cairo, where he continued his studies and research in sculpture, carving, and ancient Egyptian sculpture and art. He returned to Eugene in 1953. 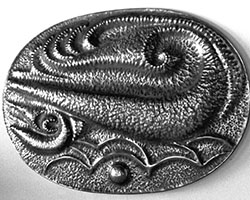 In 1957 he was commissioned by the government of Pakistan to establish the National College of Arts in Lahore, where he served as principal (Dean) of the college and a professor. While working in Pakistan, he organized the first national exhibition of regional Swat folk art. In 1961 Sponenburgh returned to Oregon by invitation from fellow MFAA veteran Gordon Gilkey to establish the Art History program at Oregon State University in Corvallis. Sponenburgh taught at Oregon State until 1983, when he retired as Professor Emeritus.

Sponenburgh was a member of many influential and prestigious organizations including the International Association of Egyptologists, the Royal Society of Arts, the Royal Society of Antiquaries, the International Association of Art Historians, the American Research Center in Egypt, and the Oxford Society. In 1990 Sponenburgh and his wife, Janeth Hogue-Sponenburgh, donated their extensive art collection to Willamette University in Salem, Oregon. This collection helped secure the creation of the Hallie Ford Museum of Art at Willamette University in 1998. The Mark and Janeth Sponenburgh Gallery includes over 250 Ancient, European, Middle Eastern, and Asian art works and historical artifacts. 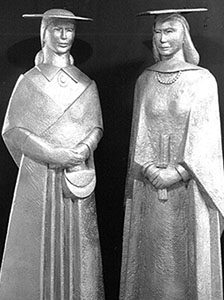 As a lifelong sculptor, Sponenburgh created over 170 pieces of art in stone, wood, and mixed media, which explored human and animal forms and ocean wave patterns. His work can be found in private and public exhibits throughout the United States and abroad including the Detroit Institute of Arts (Madonna), the Portland Art Museum (Torso and Birds in Flight), the Hallie Ford Museum of Art (The Collector), Willamette University (Town and Gown), Oregon State University (bronze bust of Linus Pauling), the University of Oregon, and the United States’ Embassy in Cairo, Egypt.

For more information about the Mark Sponenburgh papers and access to this collection, please see the finding aid. This collection was processed thanks to the National Historical Publications and Records Commission (NHPRC) grant Willamette University received to increase accessibility to the Pacific Northwest Artists Archive.