Please join us on Friday, October 12th, at 3 p.m. in the Carnegie Building for our fifth Faculty Colloquium of this semester.

Title: Nunca Mas Meets #NiUnaMenos — The Path to Justice for Victims of Sexual Violence Under Pinochet 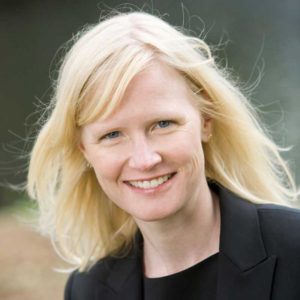 International criminal courts have voiced a commitment to fighting gender-based and sexual violence. Although the ICC has been roundly criticized for its Appeals Chamber’s reversal of the court’s first conviction for sexual violence, the ICC prosecutor has made prosecution of these crimes a top priority. The ad hoc tribunals1 and other internationalized courts likewise made significant strides in acknowledging and punishing sexual violence and raising awareness of the gendered dimensions of violence.

The attention given sexual violence and gender in the international courts however is not necessarily indicative of the attention given it in domestic trials of international crimes. This article examines one example of this disconnect—the Chilean human rights trials for dictatorship-era violence. At the very same time that the ad hoc tribunals and the ICC revived the field of international criminal law, Chilean courts have seen a massive wave of cases for dictatorship-era violence, with some 150 cases adjudicated and some 1500 former officials facing charges. Unlike in the international system, however, sexual and gender violence have been largely ignored in these cases. To date, though sexual violence occasionally has been mentioned in passing in a judgment, there has not been a single conviction based on rape as a crime against humanity or torture. Recently though, Chilean courts have begun investigating cases centering on sexual violence.

This article seeks to explain reasons for the delay in justice and what we can learn from the Chilean example. If accountability for sexual and gender violence is a priority for international justice, and the ICC regime is premised on decentralized enforcement though complementarity principle, then a greater attention to the forces at play in domestic justice systems is needed. Chile, a nation whose courts have heard among the greatest number of atrocity crimes of any jurisdiction worldwide, offers some useful lessons for addressing sexual violence on the domestic level.

Part I describes the well-documented phenomenon of sexual violence under Pinochet, the Chilean transitional justice trajectory, and the current (early) stage of proceedings relating to sexual violence.

Part II explores reasons for the delay in judicial attention to sexual violence. Potential causes include: 1) the “pacted” Chilean transition, which led to a preference for truth commission over court cases; 2) the truth commissions’ gendered framing of the issues which then provided the template for prosecutions (consistent with a culture that deprioritized gender and sexual violence); 3) the lack of lawyers for cases other than disappearance or executions, including sexual violence; 4) Chilean domestic legal barriers (insufficient crime definitions coupled with low penalties, narrow definitions, and high standard of proof for rape); 5) victims’ reluctance to come forward (given likelihood of success low, stigma, and traumatic process). It also attempts to understand the changes that are leading to greater attention to these cases now. Possible explanations include: 1) a greater acceptance of international law; 2) an increased focus on crimes against survivors in the Chilean justice system; 3) shifting views on gender, violence against women; and, critically and relatedly, 4) a vocal, internationally-connected feminist movement.

Part III explores possible reasons for the recent attention to dictatorship-era sexual violence in Chile. These include: shifting views on violence against women, increased receptivity of Chilean courts to international law, political mobilization of feminist groups and survivor groups (and support for one another), and an increased willingness on the part of survivors of sexual violence to speak about their experiences, prompted in part by recent events (in particular the use of sexual violence against female student demonstrators in 2011) and by a sense that time is running out due to the age of perpetrators and survivors.

Part IV suggests implications of the Chilean experience for international criminal justice. First, even if prosecution of sexual violence is a priority for ICC, it does not necessarily mean that it will be a priority for domestic jurisdictions, including those that are actively adjudicating human rights cases. This understanding has implications for the ICC’s complementary framework. A country’s failure to address sexual violence may render it “unwilling” or “unable” under the Rome Statute and thus give ICC jurisdiction over these types of crimes. The prosecution of sexual violence also may be an opportunity for fruitful “positive complementarity”2 actions—whereby the ICC can assist national jurisdictions through trainings of lawyers and judges. This support could include not only briefings on substantive international criminal law,3 but also training in the latest investigative techniques. Finally, the Chilean experience with the movement seeking recognition of the crime of “political sexual violence” suggests that ICL is a useful tool, and likely more so for crimes committed after a state incorporates the Rome Statute in its domestic law, but it may not adequately capture victims’ experiences or even the perpetrators’ mental state. ICL may bolster demands for an expanded understanding of crimes, but it should not be seen to limit domestic legislative innovation.

1. The International Criminal Tribunal for the former Yugoslavia and the International Criminal Tribunal for Rwanda.
2. William Burke-White, Positive Complementarity (arguing for a complementarity model that involves ICC actors proactively supporting domestic prosecutions).
3. Although the Chilean prosecutions are technically based on domestic crimes, courts make clear that the underlying facts amount to international crimes, particularly “lesa humanidad” (crimes against humanity) and “crímenes de guerra” (war crimes). This international characterization of the crimes is critical for avoiding application of the statute of limitation and the amnesty.

Note: there will also be a special TGIF reception following the lecture that will be open to faculty from all three schools. This is the second TGIF event this semester with Colloquium speakers from across the University. These opportunities for cross-University gathering and conversation are sponsored by the Office of the Provost and Senior Vice President.