With the outbreak of World War II in September 1939, Great Britain was desperate to convince Americans to join the fight against Nazi Germany. However, many Americans were fiercely resistant to entering the war, forcing Britain to concentrate its resources into propaganda efforts, such as the British Information Services, located in Rockefeller Center, New York City. The purpose of the British Information Services was to strengthen relations with the US, working to aggressively influence Americans through active promotion and distribution of British views and documents on the war.

The Cummins World War II Allied Forces Propaganda collection includes many British Information Services pamphlets, flyers, and magazines from 1940 to 1944, as well as a few publications from other publishing agencies. The purpose of most of the propaganda material is to prove Britain’s competency and strength. Some propaganda magazines highlight the accomplishments and capabilities of the Royal Air Force, Army and Navy, while others marvel at Britain’s increased war production. Some of the propaganda depicts the ordinary accomplishments of the British people as a way to promulgate the stability and vitality of the country, but most promote camaraderie against a common enemy. A few pamphlets emphasize the differences between Britain and Germany (and even Japan) to associate Britain with the ideals of democracy and freedom, fighting against the menace of Nazism and fascism. Some touch on the unified strength of the British Commonwealth (or Common Pool) as a way to prove that even colonized, or previously colonized, nations have allied with Britain and have provided resources and men to fight in the war effort. All of these messages were an attempt to convince Americans that the United States had a clear stake in Britain’s war effort and that total support was essential to defeat Germany.

The Cummins World War II Allied Forces Propaganda collection was processed by Ivy Major-McDowall ’18. A special thank you to Sybil Westenhouse for investing in experiential learning through the Sybil Westenhouse Archives Excellence Fund. 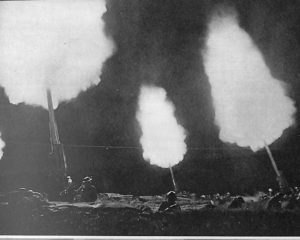 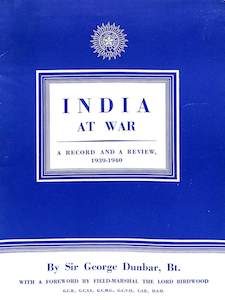