Please join the Center for Asian Studies for a lecture Friday, March 2nd, at 11:20 a.m. in the Hatfield Room.

Title: “Goodwill and the Alliance: U.S. Japan Cooperation during and after March 11th.” 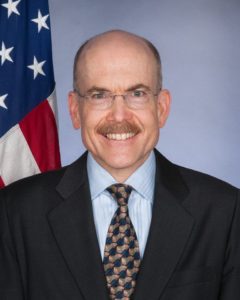 Abstract: On March 11, 2011, a 9.0-magnitude earthquake struck Japan off the coast of Tohoku followed by a devastating tsunami that killed nearly 20,000 people including two Americans. It was the largest earthquake on record to hit Japan and triggered the meltdown of two nuclear reactors in Fukushima. In the days and weeks following the disaster, the U.S. Embassy in Tokyo mobilized U.S. government operations and resources provided to the Japanese government while the U.S. military coordinated massive humanitarian aid and disaster relief operations dubbed, Operation Tomodachi (i.e. “friend” in Japanese). This support has generated significant goodwill between the two countries and reinforced the importance of the U.S.-Japan alliance.

As part of its newest outreach series on U.S.-Japan relations, The Alliance Working in America, Sasakawa USA is co-sponsoring a special lecture at Willamette University to discuss U.S.-Japan cooperation in the aftermath of Japan’s March 11 Great Tohoku Earthquake and Tsunami. The lecture will feature Sasakawa USA CEO, Ambassador James P. Zumwalt, who was the Deputy Chief of Mission at the U.S. Embassy in Tokyo at the time of the crisis. He will discuss his role and the U.S. government’s response following the disaster, the importance of the U.S.-Japan alliance to American interests, and the future of U.S.-Japan cooperation.