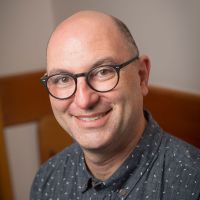 Please join us this Friday, April 28th at 3 pm. in the Hatfield Room for our tenth and final Faculty Colloquium of this semester. Treats will be provided.

Title:  What the Nostalgic Subject Knows: Nostalgia, the Nineteenth Century Archive, and the Melancholy History of Modernization in Antebellum America

This talk will be drawn from my ongoing book project entitled “When The Olden Days Were New: A Cultural History of Nostalgia in Modernizing America, 1776-1860.”   In the 1820s and 1830s there emerged a new category of people–self-described “antiquaries” and lovers of “the olden times.”  By the 1840s, just about every town or county had a small community of quirky amateur historians.  These librarians, bank clerks, widows, and lawyers collected old books and manuscripts, hoarded old tools and objects, donned “old fashioned” clothing, filled their houses with anachronistic furniture, drew sketches of old houses before they were about to be torn down, and regaled anyone who would listen with stories from “the olden days” that they had gleaned from their conversations with local octogenarians.  In an era when most of their contemporaries could have cared less about history (Independence Hall, for example, was almost torn down and replaced with a more modern building in the 1820s), this community of eccentrics produced hundreds of local histories (such as this gripping, 400+ page history of Newbury, Newburyport, and West Newbury) and founded dozens of historical societies.  This work matters, because the material they collected formed the foundation of the modern historical archive that we now use to reconstruct the history of early North America. In this talk, I will critically interrogate the nostalgic impulses that animated this work of recovery and preservation.  For the most part, these builders of the archive have been looked down upon, if not entirely ignored, by professional historians because of their unseemly, melancholy attachment to objects and documents from the “obsolete” past.  Their emotional investment in their work disqualified them as “serious” scholars for a profession eager to define itself as rigorously modern and empirical.  But I argue that the melancholy, nostalgic sensibility of these early nineteenth century historians is precisely what enabled them to see certain features of the American past that many of their more forward-looking contemporaries wished to forget.  Indeed, we are now able to tell more capacious and creative histories of early America today, in part, because of the radically inclusive work of preservation carried out by this first generation of nostalgic hoarders, and eccentric lovers of “the olden times.”