Lesbian, Gay, Bisexual and Transgender Pride Month is celebrated each year in June to honor the 1969 Stonewall riots in New York City. These spontaneous demonstrations by the LGBT community occurred in protest over police raids at the Stonewall Inn, a well-known gay club in Manhattan. The Stonewall riots are considered by many to be the tipping point for the Gay Liberation Movement in the United States. “The purpose of the commemorative month is to recognize the impact that lesbian, gay, bisexual and transgender individuals have had on history locally, nationally, and internationally.” – Library of Congress, Lesbian, Gay, Bisexual and Transgender Pride Month

As a tribute to LGBT Pride Month, we’re highlighting a selection of recent books related to the LGBT community on our WU Reads Reading Guide.  Take a look! 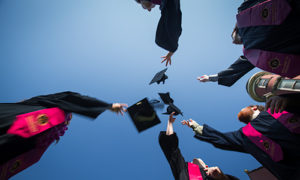 Graduation season is upon us so it is time for the graduates to be thankful that they successfully made it through the labyrinth. And to be thankful for parents, families, friends, professors and all those who helped them earn that degree. The tassel is worth the hassle! In honor of graduation and gratitude, check out a few related books listed on our Reading Guide.

You are educated. Your certification is in your degree. You may think of it as the ticket to the good life. Let me ask you to think of an alternative. Think of it as your ticket to change the world. — Tom Brokaw 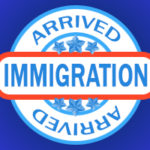 “For all the noise and anger that too often surrounds the immigration debate, America has nothing to fear from today’s immigrants.  They have come here for the same reason that families have always come here, for the same reason my father came here—for the hope that in America, they could build a better life for themselves and their families.” —Barack Obama

Locally, nationally, and around the world, immigration is on everyone’s mind.  To find out more about this important topic, check out some of the current immigration-related books from our collection: http://libguides.willamette.edu/wu_reads

Please join us for the final event in the Spring 2016 Hallie Ford Literary Series at Willamette, an evening with acclaimed performance poetry duo Sister Outsider, on Tuesday, April 19. The event will take place at 7:30 p.m. in the Cat Cavern, on the second floor the University Center, and is free and open to the public.

Sister Outsider is the award-winning duo of Dominique Christina & Denice Frohman. Both Women of the World Poetry Slam Champions, the pair travel extensively to introduce students to the wider function of language and art as activism. Inspired by the life and work of Audre Lorde, they write and perform their “otherness” into the center and use spoken word as a tool for social change.

Dominique Christina is a writer, performer, educator, and activist. She holds five national titles in the three years she has been competing in slam, including the 2014 & 2012 Women of the World Slam Champion and 2011 National Poetry Slam Champion. She is the only person to have won two Women of the World Poetry Championships. She has published two poetry collections, The Bones, The Breaking, The Balm and They Are All Me.

Denice Frohman is an award-winning poet, lyricist, and educator. She is the 2013 Women of the World Poetry Slam Champion, 2014 Canto Mundo Fellow, 2012 Leeway Transformation Award recipient, and 2013 Hispanic Choice Award winner. Her work has appeared in the Huffington Post and the forthcoming book, Jotas: An Anthology of Queer Latina Voices. Her debut spoken word album, Feels Like Home was released in 2013.

Get a taste of Sister Outsider performing here: http://www.sisteroutsiderpoetry.com/poems

This event is sponsored by the Department of English, Students for Feminism, and the Hallie Ford Chair in Writing.