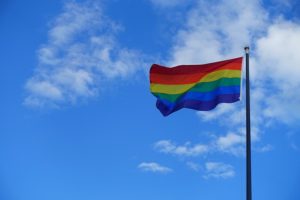 The LGBT Pride Movement began in New York City in June of 1969 when a police raid of the gay club, Stonewall Inn, turned violent. Customers and sympathizers finally had enough of the police department’s discriminatory practices and rioted…in commemoration, a year later, the first Gay Pride Parade occurred in NYC and other cities and the Gay Pride Movement was born.

All these years later, there have been great strides in the rights and treatment of LGBTQ people and there is much to celebrate.  At the same time, the struggle continues.  It is important that we understand the history of discrimination against LGBTQ people while also acknowledging how people have worked together to overcome injustice.

Join us in celebrating LGBT Pride Month by checking out one of the recent LGBTQ-related books listed on our WU Reads Reading Guide.