Helen Pearce attended Willamette University as part of the class of 1915. Pearce went on to earn a master’s degree in 1926 from Radcliffe College in Cambridge, Massachusetts and a doctorate in English literature in 1930 at the University of California, Berkeley. Pearce taught English at Willamette from 1920 to 1955 while also earning her advanced degrees. She became the first woman graduate of Willamette to earn a doctorate. She served as the head of the Willamette English Department for fifteen years before her retirement in 1955 when she received Professor Emeritus status.

The Helen Pearce papers consist primarily of photographs of Willamette University’s campus dating from approximately the 1950s; photographs of herself from around the same time; and photographs of May Weekend from the early 20th century, possibly from her time as a student. Other material includes her diplomas and certificates granted by Willamette University; her transcripts; a letter from her father, George J. Pearce, to Willamette President John Coleman in 1906 regarding a spade contributed by his company to break ground on the Kimball School of Theology; an unbound copy of Helen Pearce’s dissertation; and various Willamette programs. 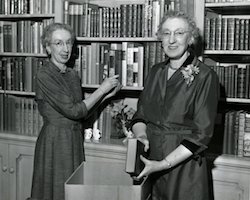 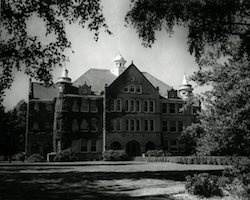 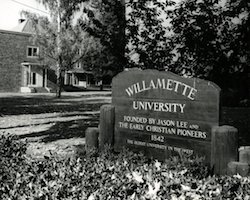